The pyranometers of the SID system require calibration, to assure the correct translation of the response of the sensor into solar irradiance values. The first version of the system had its pyranometer calibrated against a silicon-based pyranometer, according to the directions provided by Sengupta et al. (2017) [1]. The following passage can be found in chapter 3, page 19 of the referred book:

The third option to calibrate pyranometers outdoors is described in ISO 9847. It
compares a test pyranometer to a reference pyranometer while both sensors are in
the same measurement position (either GHI or GTI). The Rsi (Responsivity) is
then obtained as the ratio of the test signal to the reference irradiance.

The reference sensor used in this case was an Apogee SP215-L Silicon Pyranometer, adjusted according to the manual provided by Apogee Instruments [2]. The sensor was mounted parallel to the ground, therefore providing information on the GHI. The SID sensor was also mounted parallel to the ground, positioned beside the Apogee pyranometer. The calibration process took place between 07/09/2018 to 07/18/2018; the data used for the final calibration procedure ranges from 07/13/2018 to 07/18/2018. It was found a calibration factor of 1.0237 for the
SID pyranometer which minimized the mean absolute error of the sensor to 13.94 W/m2. 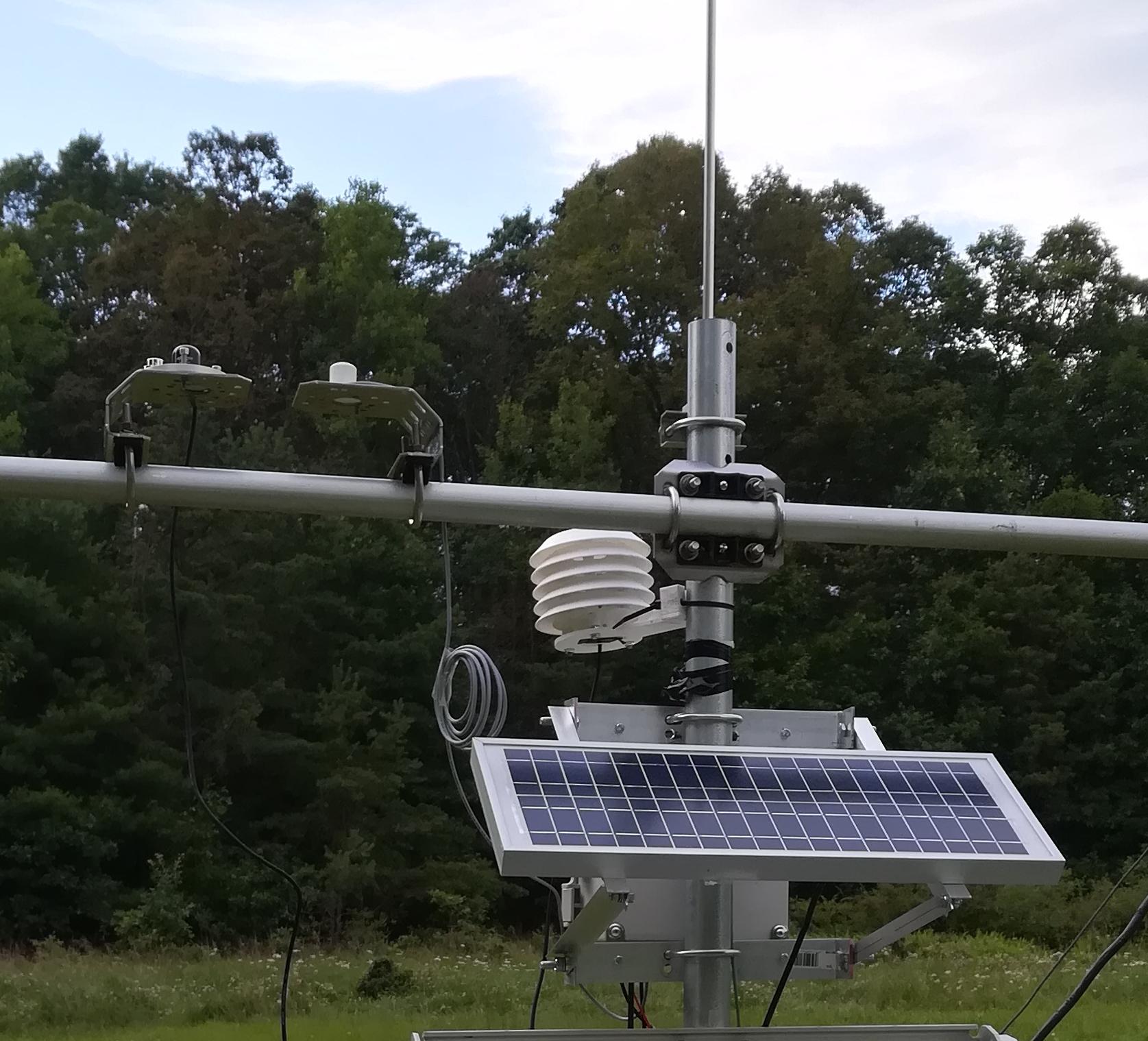 The second pyranometer was calibrated with respect to instruments hosted by the National Weather Service in State College, Pennsylvania. The SID radiometer was placed next to a weather station from the National Weather Service who also collects the same data we’re attempting to collect. We can access their data online since it is open source. Hence, given the time stamp in the data, one can observe what the radiometer collected and observe how different it was to theirs.

Later Versions of the SID and ASE Systems

The later versions of the SID and ASE systems were calibrated against a more precise reference sensor, an Eppley PSP pyranometer owned and maintained by the National Oceanic and Atmospheric Administration (NOAA) in a site distant around 9 miles from downtown State College. 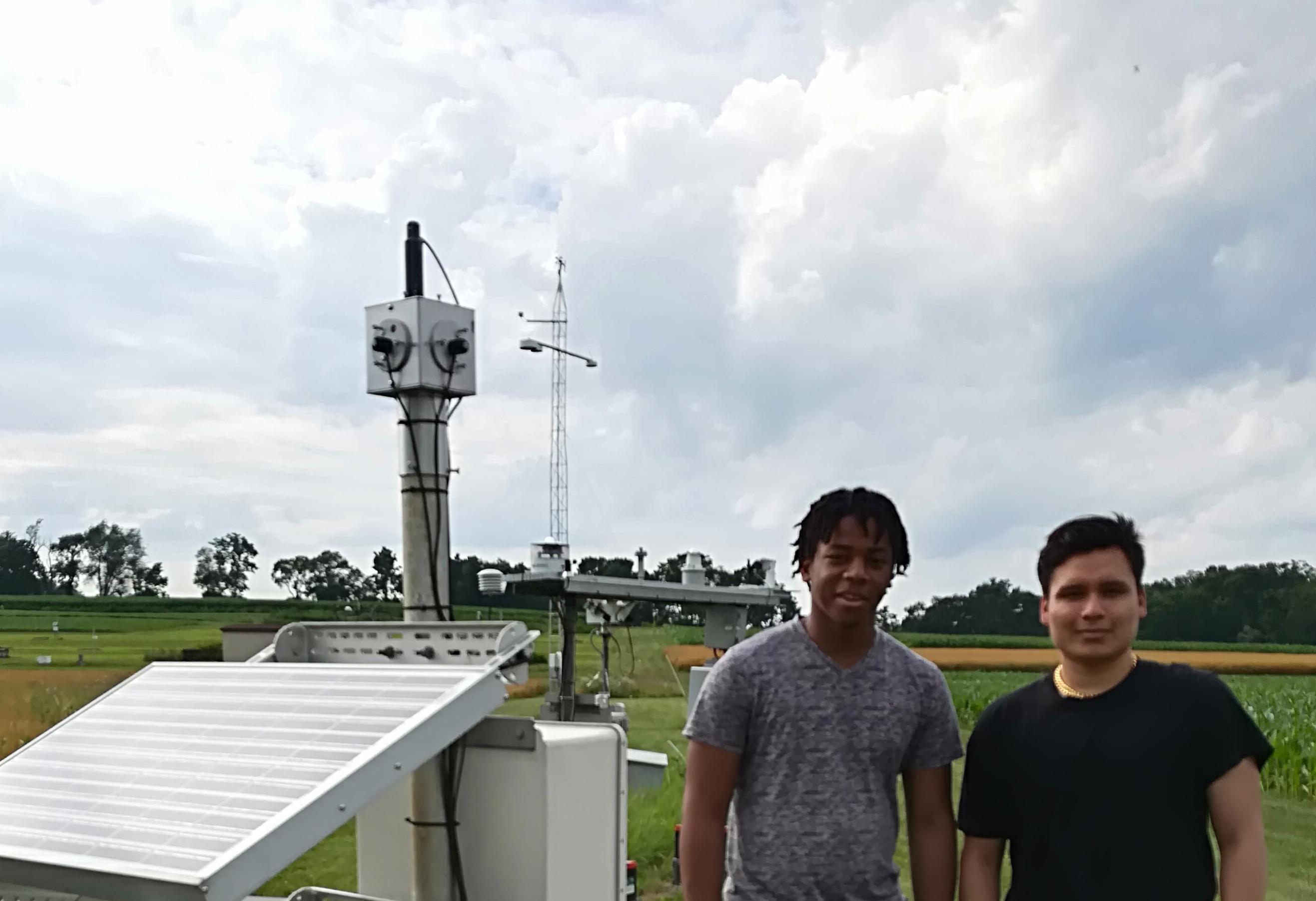 For calibration, the instruments were placed in a pole with a crossbar, with all of the pyranometers facing upward, horizontal to the ground. For the ASE this required a special 3D printed piece to designed to keep all the 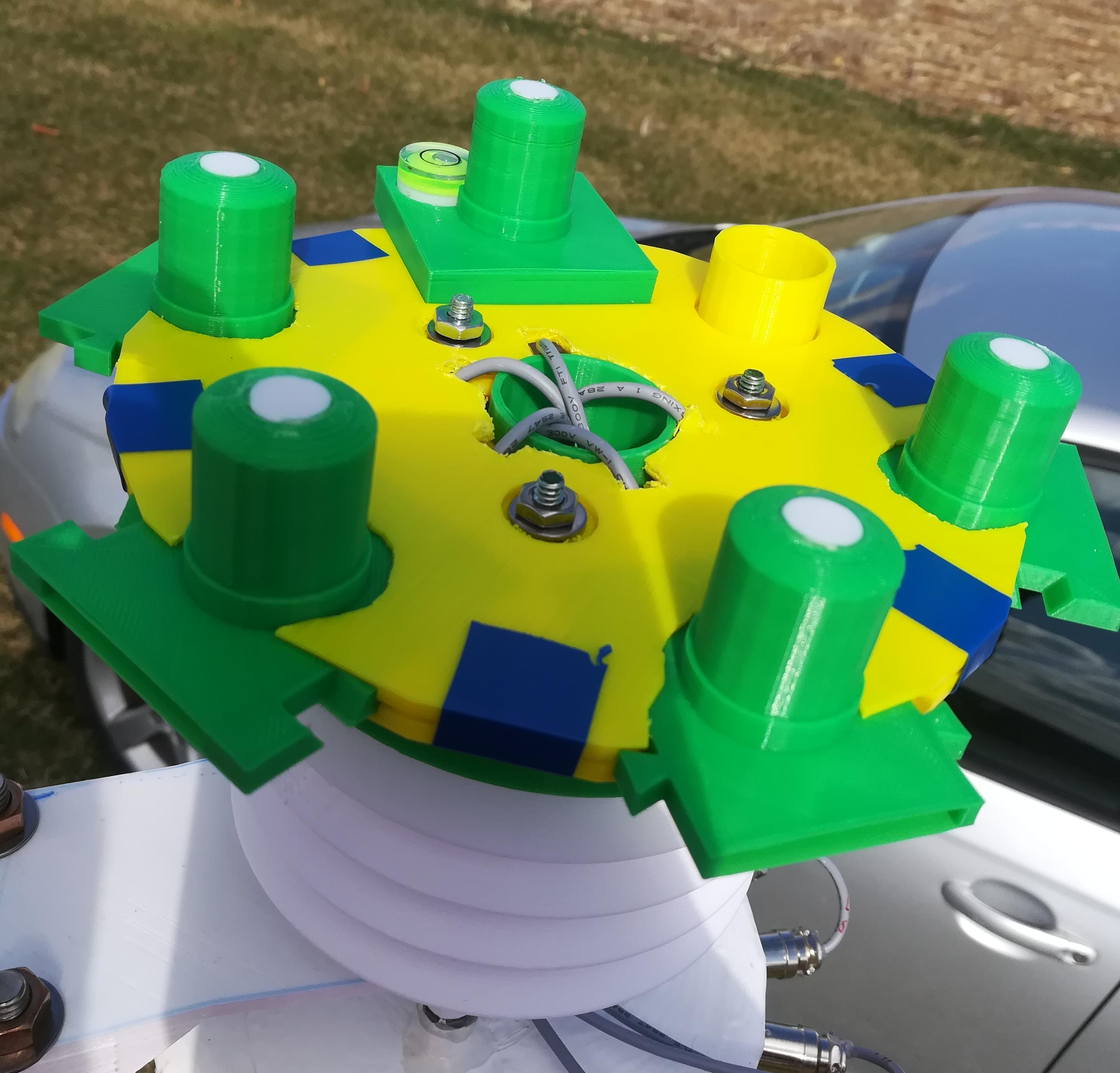 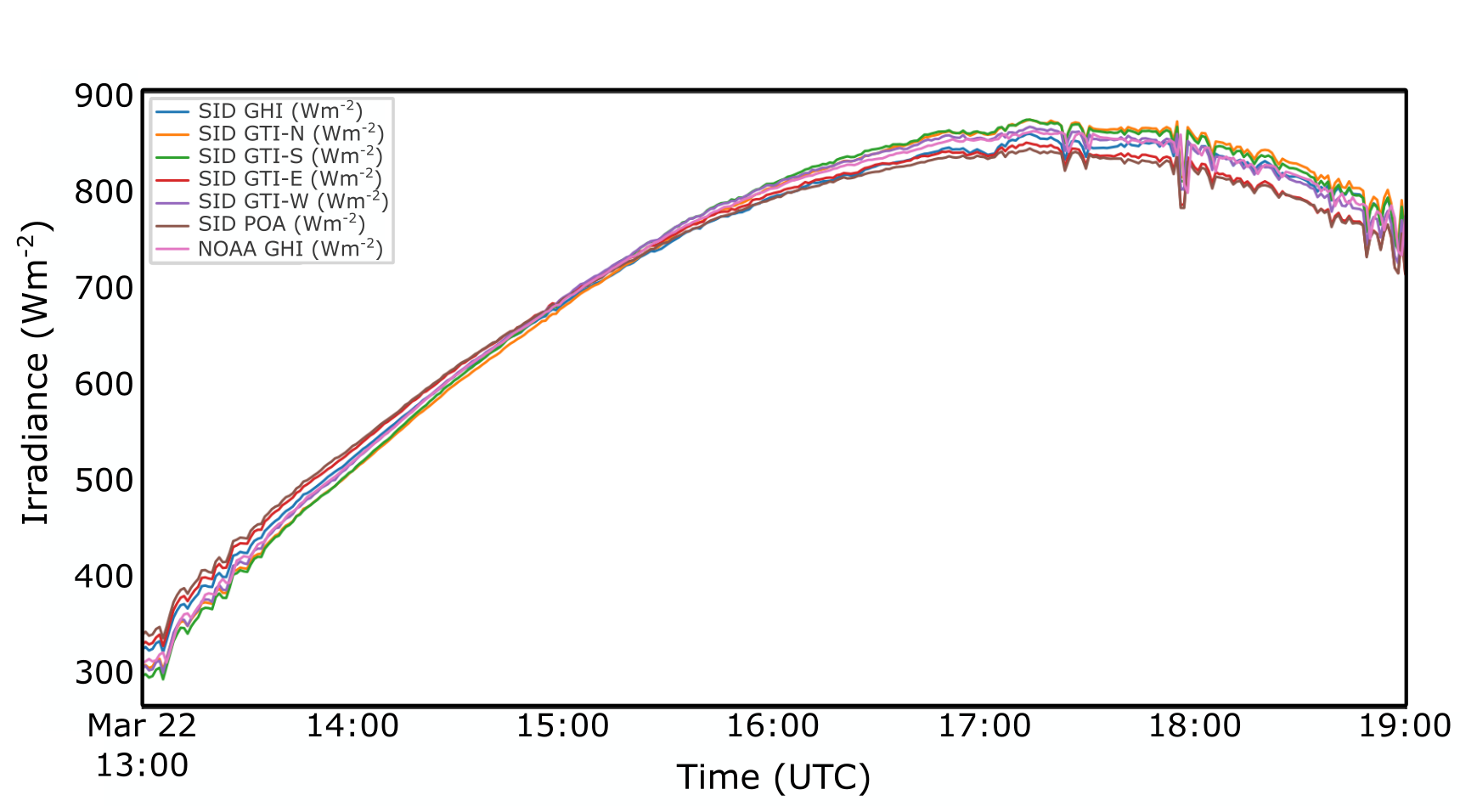