The first SID system was installed at the t the PSU 2 MW solar array site (40o49’0.33"N, 77o50’36.53"W) and went operational on October 26, 2018. The radiometric system installed a was composed of the parts described in the remaing sections of this website plus:

This configuration allowed the system to be powered without being connected to the electricity grid since the solar module generates power to keep the battery fully charged during the day. In the case of overcast days, the battery was calculated to provide enough power to keep the system running for 2.5 days. The system was installed on a pole, as shown in Figure 1 below. 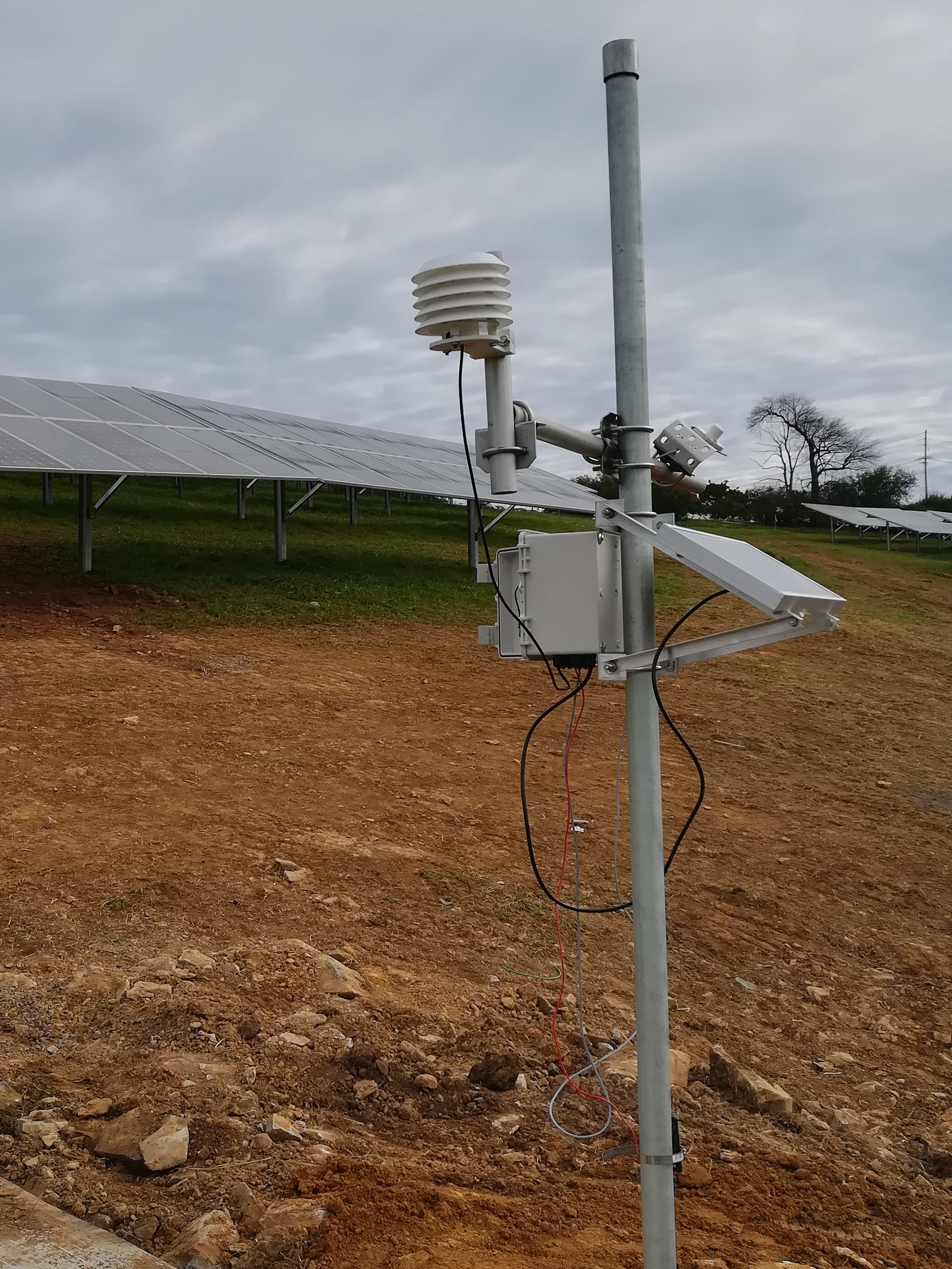 Table below shows the cost of the SID system compared to a similar system available for purchase from the company Campbell Scientific. From the table, it is possible to observe that the SID system is about a tenth of the price of the Campbell system.

The prices shown in the table are taken from the Campbell Scientific website for the Campbell system and from the different suppliers used to buy parts for the SID system. Prices are in 2019 USD values.