What is the Hydrologic Cycle?

The hydrologic cycle may be the most important system for supporting our planet’s biomes. It consists of the intake and flow of water through the Earth by precipitation, infiltration, and runoff. Water is then transported back to the atmosphere through evaporation and evapotranspiration. During this cycle, water primarily interacts with the lithosphere, biosphere, and atmosphere – eroding rock, percolating through soils, nourishing plants, and condensing to form clouds. However, water also interacts with human development and the three cultures of design – agriculture, architecture, and solar energy conversion systems. 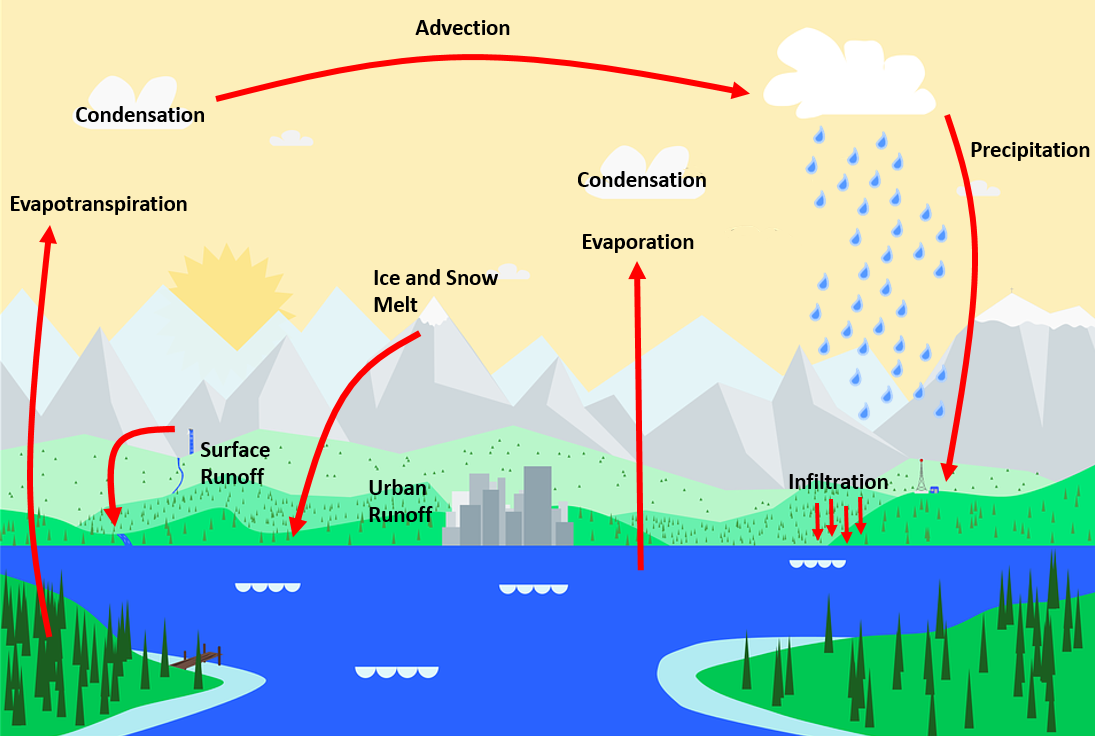 Figure 1: Simplified diagram of the hydrologic cycle highlighting the dominant fluxes of water on Earth.

The main processes by which water is transported on our planet is summarized below:

1. Evaporation is the process by which surficial water is vaporized and transported back into the atmosphere.

2. Evapotranspiration occurs when precipitation is intercepted by plants and then evaporated off of leaves, returning to the atmosphere.

3. Runoff is excess water that is neither absorbed by the soil or plants and, therefore, is transported across the surface.

4. Infiltration occurs when surficial water percolates through soil and enters groundwater flow. The rate is dependent on the porosity of the ground material.

Runoff can be generated by three main processes. The first is known as saturation overland flow which occurs due to soil saturation - any additional rainfall exceeds the amount of water than can be stored within a local soil layer, thereby resulting in surficial transport. Horton overland flow occurs when the rate of rainfall exceeds the rate of infiltration. This generates sheetwash the floods over the surface regardless of the saturation of soil. The third and final process that can result in runoff occurs when precipitation interacts with human development, specifically impermeable surfaces like concrete. Urban areas that are heavily developed will generate instant runoff during a storm since water cannot percolate through the ground. Runoff generated in this manner can be termed urban runoff; however, there are scenarios which can occur outside of developed areas that satisfy the same mechanism. For instance, take the example of a utility-scale solar farm which consists of a large surface area of impermeable materials.